Yesterday, I was contacted by a fashion collaboration site by the name of FStop.FM to be featured as a model.  The site is similar to Model Mayhem, where agencies and brands can interact and collaborate with makeup artists, models, photographers, etc…  I like that the blog has an Instagram type of feed where artists can post new projects and agencies can advertise.  If you want to sign up, be sure to use my profile link: https://www.fstop.fm/#p/Kkarr.  Happy trails to you! 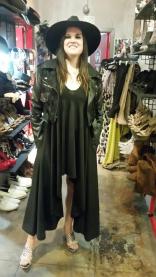 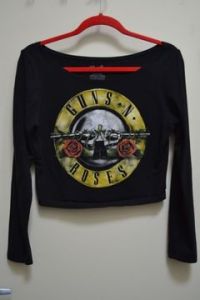 And it was only a week ago…  Saks Off 5th opened on Market Street near the Westfield Mall and Nordstrom Rack!  Soo exciting!  The DJ was spinning Snoop’s new hit “So Many Pros” outside the store.  I perused the racks and found a Saks Gray cashmere-like baseball tee with pink sleeves that said “Cupcakes, Champagne, and Chanel.”  I just had to get it!  The other purchase was a pair of nude studded flat sandals by Saks for only $25!  My eyes popped out of my head at the sight of the price tag.  Sure beats going on BART all the way to the Livermore Premium Outlets in Pleasanton!  Come one come all to the oh so fab Saks Off 5th store in SF! <3<3<3 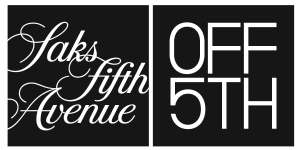 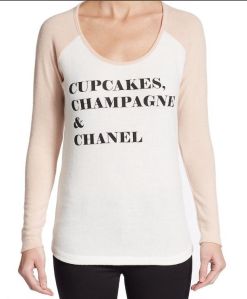 Today was epic in every way possible!  I went to the Haight-Ashbury Skunkfunk clothing store after winding up at the Mission store by accident for a Youtube/Google video project.  I met two other fantastic models, who including moi, made up a killer trifecta for the afternoon shoot!  I had worked with Brandyy Sky at the other store for a promo window modeling gig.  Apparently, her father gave her the name ’cause of his love of Brandy and Sky Vodka!  Too funny.  The other girl Kelly Shepard was a Fiona Apple lookalike with a rad sense of humor.  My first outfit was a multicolored jungle theme dress that tied in front.  The second look was a red and blue striped form-fitting dress.  I joked to Kelly that I felt like a Betty homemaker with my very own blueberry muffin tray bending over a hot oven!  I brought my fire and seductive Marilyn edge to the filming session in front of a black backdrop and then inside one of the dressing rooms.  Later, we filmed on the street and got our last shots doing runway prowls up Haight Street!  So many giggles were had.  I enjoyed most the friendly and playful nature of the team and everyone’s willingness to share the spotlight.  I got a lovely $100 store credit for my participation.  Stay tuned for the video footage!! <3<3<3 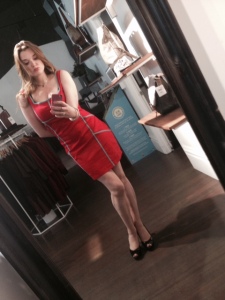 It was easy to get dressed this morning.  Some days, it’s a circus of “maybes.”  Other times, it’s the definitive “Yes, this is hot!  Must wow the secret paparazzi on the street!”  I threw on a coral colored romper by the French designer Paul and Joe with a massive pearl necklace, and a tan Armani Exchange jacket.  I put on my Bebe coral colored platform flip flops to complete the look.  I love when it’s a breeze picking things out because I know there won’t be a fashion meltdown later in the day, an impulsive desire to do a costume change or several.  My Libra personality is indecisive by nature and terribly fickle.  OMG.  I deal with “bright shiny object syndrome” much of the time, with men and shoessss.  I’ve tried to tone this tick down, but it flares up at random times.  The other day, I met a guy online whose photo reminded me of Squidward from SpongeBob.  Ugh.  I hardly want to dating a balding techie with the head of an octopus just like I don’t want to wear a pointy toed pump where my feet can’t breathe, and I’m exhausted at the thought of walking several city blocks in agony and discontentment.  So here’s to a killer choice made in the name of “Outfits of the Day” or simple the “Golden Outfit! <3<3<3 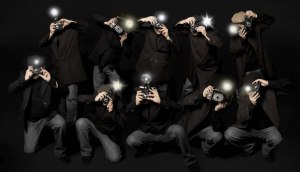 Warm, sensual, and passionate.  It’s my natural temperament.  A bit of Juliet fire with a dark earthy musk quality.  Thierry Mugler’s “Angel” and “Alien” perfumes bring together the dark musky mystery and the smoking warmth in a provocative bottle.  It is my female Axe concoction to get those men panting after me.  Are you light and fruity or warm and sensual?  I get samples all the time from my good friend Mustafa, who works behind the perfume counter at Saks in San Fran.  Try samples on the neck or inside wrist area for the best effect.  Happy scent shopping!! ❤

Happy Halloween!!  My inspiration is Britney Spears and the denim outfit she work with JT on the Red Carpet.  I visited Closet 1951 on Union Street after lunch at the Rotunda at Neiman’s and talked to the fabulous store owner who certainly has New York Vogue taste!  He showed me a Marc Jacobs denim bustier that laces up in back.  I fell in love instantly!  Next, I found a denim stretchy mini skirt to match.  It was meant to be.  Like dating, you know when you’ve found a supreme match.  Nothing in life is perfect, but you get close!  I found a gold chain rhinestone necklace to match at Jest Jewels, the best accessories store in town!  To complete the look, I’m thinking of denim pumps, a denim purse, and a rhinestone cuff bracelet.  It really is the best day of the year!!!

I’ve been a Peachy’s Puffs candy girl for a while now.  This corporate party for Linear (company that supplies stereo/lighting equipment, etc. for major corporate parties) at the Fairmount Hotel was off the chain!  I was dressed in a black mini pencil skirt from F21, an “I Love the 80s” black off the shoulder top, bright bangles, white bobby ruffle shuffles, Bebe slingback black heels, a bright pink bow headband, gold spiky hoop earrings, and bright pink lipstick.  The outfit couldn’t have been more 80s Madonna.  I spent two glorious hours of the evening handing out multicolored feathered boas, boxes of mints with neon robots on them, light up rubber rings, and white shutter celebrity shades!  The rings and boas were a hit, and it was as though the people at the event were ravenous children trying to pull the boas off of my neck and hungrily grab for light up rings.  There were various rooms with different decades of music playing.  One room had the casino with flapper dancers in Marilyn Monroe wigs doing the Charleston and teaching the steps to brave party members.  The other room was quite “13 Going on 30” with a dance troupe doing the “Thriller” routine.  Later, the 90s music was blaring out of mega speakers, an homage to Barbie Girl.  Life in plastic, it’s fantastic!  Another area had Guitar Hero video games and another spot had a stage where people could get their red carpet glamour shots!  Some Asian businessmen asked me to pose on a stool in pictures so they could be taller than me, calling me a “Movie Star!”  More party favors were up for grabs later to win, such as mondo blow-up blue, pink, purple, and orange microphones as well as blow-up 80s boom boxes!  It was a night I will always know as the glitter train party of all decades! 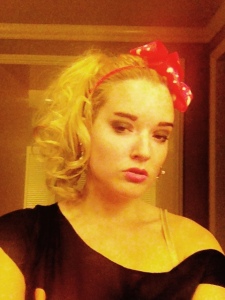 Ariel from the Little Mermaid…

Follow A Diamond to Remember on WordPress.com
Join 461 other subscribers
anotherKate
TanGental

Writing, the Universe and whatever occurs to me

Read on, it's good for the brain.

Living on the Edge of the Wild

Because Beauty is Not Just a Word; It's a Lifestyle

Talking to myself through poetry #Poems #Songwrites